Battle To The Death – Three Virtual Assistants Enter; Only One Will Survive

First, there was Siri, then Cortana, and then Alexa. Each virtual assistant comes equipped with a rich package of features and capabilities, but who is the best in the business? Every April, organizations big and small all over celebrate Administrative Assistants Day as a show of gratitude for the staff that carries out the day-to-day […]

First, there was Siri, then Cortana, and then Alexa. Each virtual assistant comes equipped with a rich package of features and capabilities, but who is the best in the business? 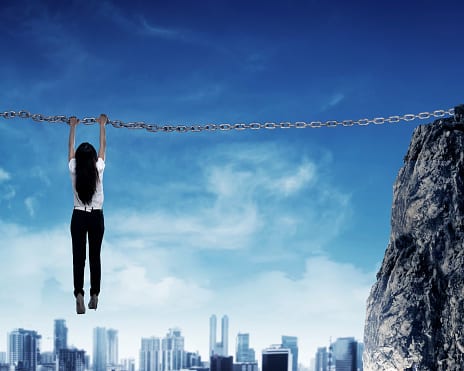 Every April, organizations big and small all over celebrate Administrative Assistants Day as a show of gratitude for the staff that carries out the day-to-day administrative operations. These are the individuals that make sure communications reach the proper contacts, that calendars are maintained, and appointments are kept. Good administrative assistants are indispensable to an enterprise, and truly deserve recognition more than one day each year.

The job of an administrative assistant — or any assistant — is to support the position they assist; Sounds simple enough, right? Wrong. Typing, faxing, emailing, answering calls, scheduling appointments, and all duties that fall under this umbrella require great organization and attention to detail. Duties don’t always stay within the 8-5 workday, and responsiveness is key.

When the Palm Pilot launched as one of the earlier electronic mobile devices for mobile communication with features for schedules and task organization, followed by BlackBerry models, and then the iPod Touch among many others, artificial intelligence emerged as an economical option and valuable tool for consumers. These devices at the time were just an extension of administrative assistants, though.

Enter the virtual assistant. Artificial intelligence (AI) has truly enabled technology to support human activity. From machines helping build machines — think automobile manufacturing lines – to machines helping people fix people — think 3D printers creating a replica of a heart or other organ to assist surgeons in planning an operation – the common thread is that artificial intelligence enables us to improve the world through the use of machines. Do you wear a Fitbit or another activity tracker? From counting your steps to telling time to monitor your heart rate to tracking your exercise route with built-in GPS capabilities, the little machine on your wrist is pretty incredible. Virtual assistants offer support on a basic level, but with more sophisticated capabilities, like voice-enabled operations and support.

Apple launched Siri, the built-in intelligent personal assistant, in 2011. Siri was designed to answer questions and perform basic actions using Apple apps on the iPhone. Apple worked with voice actors from British, Australian and American backgrounds to offer support in native “accents” given the global use of Apple products.

Both Amazon’s Alexa and Microsoft’s Cortana followed in 2014, bolstering an AI competition that is most beneficial to the consumer. A common misperception is that Amazon’s Alexa is tethered to devices used only in a home, enabling home automation services. Alexa is designed to work with several Acer, Lenovo, and HP desktop and laptop computers as well as the Fire tablet line-up and a handful of mobile devices – though none carry the mobile market presence as the iPhone.

Each of the virtual assistants offers an assortment of the same type of features: set alarms, provide weather reports, sports scores, Internet search results, and other real-time options like news, driving directions, and traffic alerts. But with so many AI virtual assistants on the market and consumers have more options, which brings the most bang for the buck? Which offers the most robust features? Which has the coolest capabilities? We break down the “Big Three” and let you decide.

Siri was the first and is thereby the model for all others that come after. Siri was the first voice-activated, voice-controlled virtual assistant, and dominated the market for three years before her first true competitor came along. With a quick “Hey, Siri!”, she was eager and waiting to help you out! Siri’s user interface was pretty basic initially, but considering the innovative concept of a responsive virtual assistant in your pocket, consumers were happy with basic. Siri has evolved into a much more robust and astute virtual assistant, though she still prefers to look things up on the Internet and just give you her search results. This is reported because of Apple’s dedication to user privacy, and a commitment to not collecting data from browser history or emails – like Google does – for Internet search results.

Siri’s lack of integration with non-native apps is rather frustrating. Some partner apps will offer more complex functionality, but with most apps, users are limited to basic “open” commands and exclude secondary commands – think “open Facebook and create new status update” or something along those lines. It’s not rocket science, but it’s not something Siri can help you with – yet.

Cortana had a built-in cult following even before she was a reality! “Cortana” was the code name for the AI virtual assistant project from Microsoft, but once leaked Cortana was a wildly popular name in user forums and users initiated a petition to Microsoft to keep the name upon release – and we now know how that turned out! The code name was a reference to a synthetic intelligence character in Microsoft’s Halo video game, and the same voice actress lent her voice to the virtual assistant.

The downside of Cortana? Depending on your browser preference, Cortana may offer limitation in this aspect, only offering Internet search results in Bing (not Google). But Bing offers users rewards based on search activity volume, so perhaps this default is beneficial. Side by side, Bing and Google search results can differ, which is why we consider this a ‘downside’. An interesting note for Cortana, too, is that it offers a built-in music recognition capability. Could Cortana have plans to take on fan-favorite music discovery app Shazam? In case you weren’t paying attention, Shazam was recently acquired by Apple (iTunes springboard, anyone?).

Amazon’s Alexa is the exception to the rule in more than one way. Unique to the virtual assistant market, Alexa is standard on Amazon Echo devices – which are not smartphones but rather designed to primarily support home automation. This is rather genius in that Alexa supports orders and shopping through a user’s Amazon account with stored payment and shipping details, conveniently offering a built-in way for Amazon to monetize their virtual assistant.

Alexa is an audio-only voice-activated AI virtual assistant. She has to read all results out loud to you – but more importantly, interact directly with you. She is the foundation of a smart home rather than confined to a smartphone.

Alexa is also designed to work with third-party apps. Want to play a Spotify playlist? Alexa’s got you covered. Need a ride? Alexa can now order you an Uber. Alexa can help you order dinner due to integration with Pizza Hut and Domino’s, among others. Can Siri or Cortana do that? They can help you track down the phone number or website, but that’s the extent of their help. Alexa will also get you in (quick) shape — body or mind — with a daily 7-minute workout and a Jeopardy game.

Alexa is nice in your home or office, but for the power of the virtual assistant in your pocket and on the go, Siri was the first and is still the best! Setting up a to-do list, scheduling meetings and reminders, sending emails – it’s all pretty crucial for day-to-day mobile operations, and “mobile” is the keyword. Amazon is expanding what Alexa can do, but for now, it’s still second to Siri.

What will the rest of 2018 hold for the AI virtual assistant future? We can’t wait to see!