Canadian Broadband Declared a Service For All

Canadian regulators have declared broadband Internet access is an essential service everyone should have. Now they need to make it a reality.

Canada is now making a social policy shift that broadband Internet access is a fundamental tool everyone should have access to. And in that realization, the telecom regulatory agency in the country is also realizing that it can’t do the job alone. Rather than just leaving high-speed broadband to market supply and demand forces, the regulatory community now wants to provide Internet access just as readily as phone service. And the two main players to provide that help would need to be the government as well as the Canadian telecom industry. 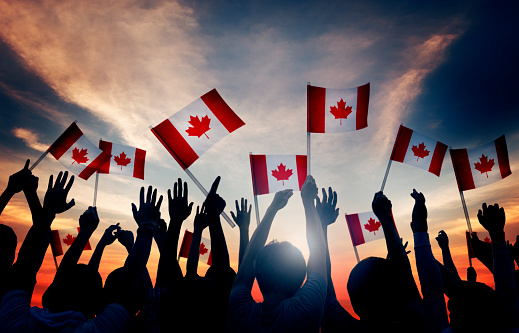 Broadband, explicitly defined by the Canadian Radio-television and Telecommunications Commission, or CRTC, now officially means providing Internet access that transfers data at a speed of at least 50 megabits per second to the recipient, and at least 10 Mbps from the sender. From a free market perspective, the country’s citizens and the private market have already been doing an excellent job meeting this target. Specifically, approximately 80 percent of businesses and households are connected at speeds meeting the above minimum or higher. The CRTC wants the numbers to be at 90 percent by 2021 and 100 percent sometime between 2026 and 2030.

To make the above CRTC target a reality providers will be required to include an unlimited alternative in the broadband services they sell to the open market. And mobile wireless service will be expected to be just as prevalent in households, at least to those communities adjacent to major transportation routes.

While regulatory agencies frequently end up at the opposite end of the table with industry, CRTC’s sharpest critic, OpenMedia, was actually in full agreement when the Commission made clear its intent with broadband. And Rogers Inc. found no significant issues with the targets, stating they were quite doable. Rogers already delivers services at 20 times faster that CRTC’s regulatory goal.

Of course, the devil is in the details, and the industry is well aware that CRTC’s goals are very conceptual. The actual logistics of getting telecom service to remote locations is a very real challenge for many remote communities across the country. The industry expects that serious investment will be necessary, and it is willing to support a $750 million CAD fund to assist with infrastructure capital support. And the initial $100 million seed money will be from accounts originally intended for subsidized telephone services to isolated regions. The trade off to use these monies, however, is that providers then have to sell the broadband access at affordable flat rates of $25 a month.

The industry is not alone, however. The Canadian government has put $500 million CAD on the table as well for infrastructure investment. So there is now a very real groundswell to get service to 2 million additional customers nationwide. The persistence and initiative to stick to the plan depend on how well the CRTC can continue to policy support from all avenues.