Marty McFly Arrives from the Past: Predictions Become Reality

Today is the day Marty McFly arrives from the past, so we’re wondering, how accurate was the film at predicting what life and technology would look like in 30 years? Film fans know the date well, October 21, 2015. The movie depicted a world full of fascinating technology, including hover boards, self lacing shoes, flying […]

Today is the day Marty McFly arrives from the past, so we’re wondering, how accurate was the film at predicting what life and technology would look like in 30 years?

Film fans know the date well, October 21, 2015. The movie depicted a world full of fascinating technology, including hover boards, self lacing shoes, flying cars, flat screen TVs, and much more. Just how accurate were the predictions made in this cult classic? Well, some might be surprised to know that several were correct, and the far fetched representation of the future made 30 years ago might have in fact been spot on in some areas. 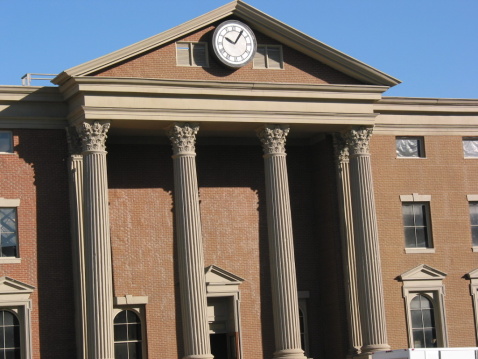 Let’s take a look at some of the predictions made in the film, and compare them to technology today.

Let’s start by taking a look at some of the more accurate predictions represented in this film. Back to the Future wasn’t completely off base in showing how fast technology can evolve, and even as far back as 30 years ago, it was easy to see that technology was headed for some pretty incredible advances.

When the film was made, the concept of card readers may have seemed something unlikely ever to be used in day to day living, but low and behold, it was yet another accurate prediction. Card readers are an everyday part of life these days, used for a variety of applications, and no one living in the modern world is unfamiliar with the technology.

People originally viewing the movie might have thought the idea of being able to communicate with anyone from anywhere through a screen was highly improbable, but low and behold, modern technology never ceases to amaze, as the then far reaching concept has become technology used by millions of people every day with programs like Skype and other video conferencing software that is used all the time to connect people in remote locations.

The film portrayed impressive and hard to believe technology that allowed cast members in the movie to be identified by scanning their eyes and other impressive biometric technology. It seems the movie had a better understanding of where technology was headed then we originally gave them credit for, as today we use similar technology, such as fingerprint scanning to prove our identity and gain access to information.

The concept seemed inconceivable at the time, and we all watched in disbelief as Marty McFly was terrified by a hologram of a shark, advertising the release of “Jaws 19”. Although incorrect on the number of Jaws sequels, more importantly, the movie was spot on with the idea of 3D technology arriving on the scene and holograms being commonly used in the year 2015.

Its pretty amazing how a film made 30 years ago was able to accurately predict the direction technology was headed, and even as far back as the 1980’s, there was an understanding as to how fast technology evolves and the potential this held. Although not all concepts in the classic film have come to be realistic, many have and it seems as though we are on the path to continuing to realize some of these futuristic gadgets and concepts.

Contact Compunet InfoTech at (604) 986-8170 or info@compunet.ca to learn more about how incredible advancements in technology have been and the direction we are headed. We’ll manage all of your technology – keeping you up-to-date and in the future at a flat-rate monthly fee.