A Timeline of Important Rollout Dates for Microsoft Office 2019 Recently, Microsoft announced the development of a brand-new Office suite, appropriately named Microsoft Office 2019. However, aside from mentioning that the new suite would launch sometime in late 2018, the Microsoft camp has been pretty quiet about the specific rollout and release dates. However, Office […]

A Timeline of Important Rollout Dates for Microsoft Office 2019 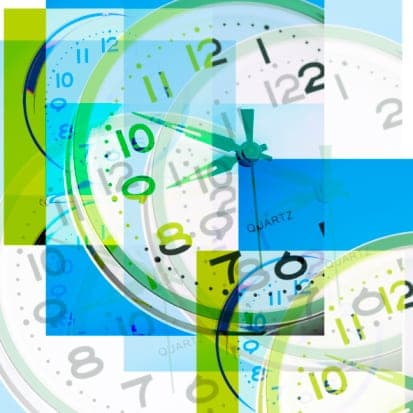 Recently, Microsoft announced the development of a brand-new Office suite, appropriately named Microsoft Office 2019. However, aside from mentioning that the new suite would launch sometime in late 2018, the Microsoft camp has been pretty quiet about the specific rollout and release dates.

However, Office 365 is just as much a service as it is a software. This is a helpful fact because as a service model the new Office Suite will require a series of predictable dates so business users can prepare. Those dates will include release schedules, maintenance milestones as well as key support expiration dates.

Earlier this year, Microsoft released a statement claiming that previews of the new Office 2019 application would start shipping by mid-year, 2018. As a result, many in the tech industry have been making estimations for an actual date and Computerworld has placed their bet on July 10th, 2018.

Microsoft’s ProPlus release calendar notes that the March 2018 feature upgrade will ship March 13th, 2018. Then on July 10th, 2018, that same upgrade will be issued through Microsoft’s Semi-Annual Channel, otherwise known as the main distribution channel for the majority of Office users. The July 10th release will be built from more stable coding that has already been tested by some customers between March and July.

This gives Microsoft the chance to identify and address bugs before bringing a preview to the entire market. March to July technically serves as a test-and-fix period – during which each feature of the Office 2019 suite can be examined and optimized based on user experience. Simply put, it gives Microsoft a chance to pilot and validate their applications and add-ons before going fully public to preview the new solution.

So, while it’s just an educated guess, business owners should mark July 10th on their calendars. This won’t be the official release of Office 2019, but will likely be the time that the official preview will begin arriving on company desktops via update.

Alright, so a preview is great, but many are probably wondering – when is Office 2019 going to be released in full? According to experts, business owners should expect the official Office 2019 release on September 11th, 2018. Many are putting their money on this date because it’s also the scheduled delivery date for Microsoft’s second 2018 feature upgrade.

September also has a bit of historical relevance when it comes to Office release dates. Back in September of 2015, Microsoft released Office 2016 to Office 365 customers as an alternative to previously used Office 2013 apps. On the same day – September 22nd, 2015 – Microsoft also brought the one-time-purchase, perpetual license version of Office 2016 to market. So, chances are September has been slated as official ‘release month’ in the Microsoft camp.

Jumping ahead to about a year post-release – and roughly 18 months from the preview state – the initial Office 2019 build will be removed from the Microsoft support list. This date is easiest to guess because eighteen months is the standard support lifetime of any individual Office 365 ProPlus feature upgrade.

However, there will be a slight difference with Office 2019 as compared to Office 2016. While Office 2019 is prefaced by a software-as-a-service model, Office 2016 was not – it was preceded by the traditionally developed Office 2013. So, even though Microsoft had to make an explicit announcement earlier this year about phasing Office 2013 applications out of Office 365, they won’t have to take this extra step when phasing out Office 2016. Office 2016 apps will have aged out of Office 365 support automatically.

In terms of the potential lifecycle for Office 2019, the online version will follow the above pattern and simply be replaced by new versions as they’re released. The licensed version of Office 2019 will be supported for the typical 10 years, likely until early 2029. However, five years prior – likely in 2024, Microsoft will cut off Office 2019 applications from connecting to any Microsoft-provided service.

It should also be noted that according to new rules released by Microsoft, owners of perpetual-license versions of Office will be able to use those services only during the first half of their 10-year support lifecycle, the section of the lifecycle that Microsoft describes as “mainstream.” These services include Microsoft-hosted Exchange email, OneDrive for Business and Teams.

However, Microsoft will only start enforcing this rule starting Oct. 13th, 2020, making Office 2019 the first to fall under its mandate. Office 365 ProPlus – the applications from the 2019 suite provided to subscribers – will not be affected by the changes.

No matter the shape, size or industry, all businesses who rely on Microsoft Office – either online or off – should keep a finger on the pulse of Microsoft updates and potential release dates. We try to stay as informed as possible so we can help our clients better optimize Microsoft software. Coming to understand planned product previews, updates, releases and support expirations will ensure that your business is never left out in the cold with old or outdated software solutions.

While the dates in this timeline are speculative, they provide a great framework for preparation. Having a loose guide of important rollout dates can help business owners plan for change accordingly and understand the specific ways – if any – their Microsoft service will change. Additionally, using this guide to compare the support differences between license and subscription versions of Office 2019 can help business owners make more strategic decisions about which solution best supports business needs.

However, all the talk about Semi-Annual Channel and updated coding can understandably leave business owners scratching their heads. If you’re looking to get a better handle on these different rollout phases and what they’ll mean for your business, reach out our team anytime.