The $26 billion dollar purchase of LinkedIn by Microsoft should be viewed as more of an indication of Microsoft’s new direction than as any change to the LinkedIn system. Hopefully, this is the case, because while Microsoft has been, at best, a volatile performer since its heyday of the 1990s, LinkedIn has steadily increased its […]

The $26 billion dollar purchase of LinkedIn by Microsoft should be viewed as more of an indication of Microsoft’s new direction than as any change to the LinkedIn system. Hopefully, this is the case, because while Microsoft has been, at best, a volatile performer since its heyday of the 1990s, LinkedIn has steadily increased its market share, brand and profits.

Not including stock options to insiders, LinkedIn was able to report a $99 million profit in Q1 2016, with the machinations leading up to this success making the company ripe for acquisition. Although LinkedIn is certainly profitable, it does not have the extended reach that Microsoft has to include its platform in mobile commerce and the cloud. The deal makes sense for LinkedIn, because its cornering of the SMB market now gives Microsoft the ultimate Rolodex to grease the wheels of commerce for its new future.

And Just What Is This New Future?

Microsoft plans to reposition itself fundamentally as a company centered around selling services to businesses instead of consumers. According to Microsoft CEO Satya Nadella, the 433 million members of LinkedIn are now basically a built-in audience for its new Office 365 up-sells and the like. 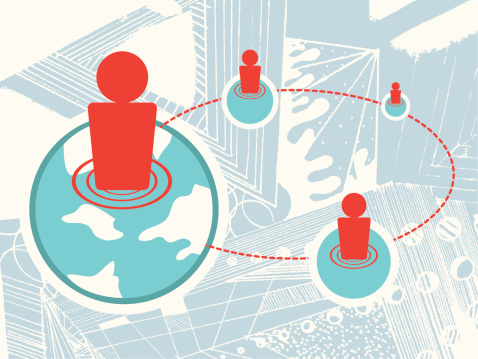 The dominance that Microsoft displayed in the early 1990s over the PC market is virtually gone. Well, Microsoft still has that monopoly; however, the monopoly that PCs had over the populace has waned. Microsoft lags a distant third or fourth place in virtually every new consumer communications format behind Apple, Google and other competitors, so its switch into the B2B services world is a timely and prudent shift.

The Future of LinkedIn

If Microsoft knows what is good for them, they will leave the base functions of the LinkedIn platform alone. Microsoft must remember that although it will be functioning as the huge distribution network for LinkedIn services, the core value of LinkedIn was solid well before the acquisition, and it continues to be quite solid afterwards. To the baseline user, the LinkedIn experience should not change much. We should see different levels of premium services, however, that will sell the expanded distribution of Microsoft’s powerful network as tools to connect businesspeople with each other. LinkedIn already introduced this tiered paywall structure with a successful subscription option. Despite its shortcomings in the consumer market, Microsoft has similar success in its own B2B efforts. The two brands should be able to come together to offer value to users and shareholders alike, if past trends are any indication.

Compunet InfoTech is the trusted choice when it comes to staying ahead of the latest information technology tips, tricks and news. Contact us at (604) 986-8170 or send us an email at info@compunet.ca for more information.