Read This Before You Turn On Bluetooth!

As cybercrime tactics continue to adapt and overcome conventional IT security, it’s more important than ever to have powerful cybersecurity support in Vancouver.     Cybercrime is a common part of business these days. Even if you haven’t encountered a hacking or malware issue at your Vancouver business in recent years, the fact is that […]

As cybercrime tactics continue to adapt and overcome conventional IT security, it’s more important than ever to have powerful cybersecurity support in Vancouver. 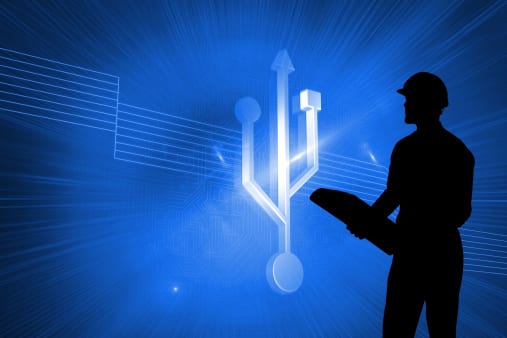 Cybercrime is a common part of business these days. Even if you haven’t encountered a hacking or malware issue at your Vancouver business in recent years, the fact is that cybercriminals are coming up with new methods of stealing and compromising sensitive business data every single day. However, trying to handle this on your own, without cybersecurity support in Vancouver, can be difficult given how effective cybercriminals are.

Case in point – a new cybercrime tactic detected and studied by Armis Labs known as “BlueBorne”, which is endangering major mobile, desktop, and the Internet of Things devices. This new cybercrime attack vector accesses target devices via Bluetooth to penetrate and take complete control over targeted devices.

BlueBorne has a wide range of targets, potentially affecting ordinary computers, mobile phones, and more. What’s worse, this method of attack doesn’t require the targeted device to be paired to the attacker’s device or even to be set on discoverable mode. Once they’ve gained access using the BlueBorne method, cybercriminals can then proceed with remote code execution as well as Man-in-The-Middle attacks.

The worst part is how ubiquitous Bluetooth technology is – currently estimated at more than 8.2 billion devices in use around the world. Unlike the majority of attacks today, which rely on the internet, a BlueBorne attack spreads through the air. Even worse, Bluetooth offers a wider attacker surface than Wi-Fi, almost entirely unexplored by the research community and hence contains far more vulnerabilities.

Fortunately, since discovering the vulnerability, Armis has reached out to the major suppliers of potential target devices, most of which have released specific security updates to ensure that their users won’t fall victim to BlueBorne attacks.

However, whether the incident harms any users in the end or not, the precedent set by this attack is clear: there is a cybercrime epidemic going on in the world today – but just how bad is it? Or in other words, just how necessary is the right cybersecurity support in Vancouver?

For an accurate diagnosis, turn to the researchers at Malwarebytes, who spent six months collecting detailed statistics on a wide range of threats. Their findings covered more than 200 countries, with data from over 100 million Windows and Android devices and nearly 1 billion malware detections.

The focus of the study was on six major threat categories – ransomware, ad fraud malware, android malware, botnets, banking Trojans, and adware. The results make a convincing case for investing in cybersecurity support in Vancouver.

Unsurprisingly, ransomware topped the threat list as the favorite method of attack against businesses, with just under 400 different variants cataloged in the fourth quarter of 2016 alone. Between June and November of that year, the rate of ransomware incidents went up a staggering 267%. Worldwide, 12.3% of all businesses targeted by cyber threats were hit with ransomware.

Across the pond, Asia and Europe saw a spike in botnet activity. The rate of Kelihos botnet attacks went up by 960% in October 2016 alone. The IRCBot went up 667% in August 2016, and the Qbot went up 261% in November 2016. Germany seems to be the most affected by this trend, with overall botnet activity in the country going up 550% between 2015 and 2016. Europe as a whole is the most malware-riddled continent, averaging 20% more infections than North America, and 49% of all ransomware infections globally happened in Europe.

So what do these statistics mean for your business? For starters, they paint a very clear picture of just how dangerous ransomware is. It’s all but inevitable that your business will be targeted by some form of malware if it hasn’t been already.

This doesn’t mean your business has to become a victim. There are many security precautions you can put in place to reduce or even eliminate the chances of malware finding its way inside your systems successfully, and steps you can take to minimize the damage done if you do become infected.

Next-gen firewalls, antivirus, and antimalware software are getting better and better at keeping up with the latest malware variants and can create a layered security that can stop an infection dead in its tracks. This kind of robust cybersecurity defense is even easier to equip at your business when you have comprehensive cybersecurity support in Vancouver.

A solid Business Continuity plan that involves thorough data backups stored in a secure, offsite location can act as your last line of defense against threats like ransomware, giving you the option to wipe your systems clean of the infection, and restore vital data and applications in less time than it would take to rebuild your systems from scratch.

The good news is that you don’t have to handle any of this on your own – Compunet InfoTech is proud to provide tried and tested cybersecurity support in Vancouver that will ensure your business is more than prepared to deal with the ongoing threat of malware, no matter what shape it takes.

Without the necessary protections and precautions in place, a business hit by cybercrime — whether it’s malware, BlueBorne, WannaCry, or something worse — will likely never fully recover. Lost productivity, lost profits, and the damage to your business’ reputation are huge hurdles to overcome. Preparing today in anticipation of tomorrow’s disaster might be the only thing that makes it possible to keep your doors open – but only if you keep up with the ever-evolving threat of malware.

Want to learn more about the steps you can take to protect your business against threats like BlueBorne? Contact us Compunet InfoTech at info@compunet.ca or (604) 986-8170 right away to connect with the best cybersecurity support in Vancouver.