STOP! Don’t Upgrade To Windows 10 Yet!

Windows 10 Worries – You’d Be Crazy to Upgrade without Considering These Concerns! The new Windows 10 operating system was highly anticipated prior to it’s release last month, with developers and users alike eager to move past Windows 8, but after it’s release, the publicity received was less than favorable. Instead concerns are being raised […]

Windows 10 Worries – You’d Be Crazy to Upgrade without Considering These Concerns! 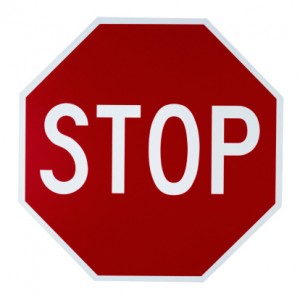 The new Windows 10 operating system was highly anticipated prior to it’s release last month, with developers and users alike eager to move past Windows 8, but after it’s release, the publicity received was less than favorable. Instead concerns are being raised over many aspects of the new OS, from fears over the new feature called Wi-Fi Sense, privacy issues and disapproval over the way updates are delivered, just to name a few.

So, just how worried should Windows 10 users be over some of the potential issues being talked about, and are they even founded on fact or are we just experiencing the usual talk that typically occurs when something of this caliber is released?

One of the major concerns is that the new Wi-Fi Sense feature in Windows 10 will share all of your Wi-Fi passwords with Outlook and Skype contacts, and even your Facebook friends, potentially even their extended network of friends as well, whether or not it is being asked to. This feature was intended to be a convenient means of sharing your Wifi connection with friends and coworkers, and the truth is this concern is unfounded, as the feature functions exactly as intended.

How Wi-FI Sense Works – the concept behind Wi-Fi Sense is to make it simple and easy for people to let others access your network without actually having to disclose your passwords, because passwords are encrypted and stored on Microsoft’s technology, as the idea was based off of a similar idea called Open Wireless Movement, and was originally rolled out in the Windows Phone 8.1, but because Windows smartphones aren’t overly popular the feature went essentially unnoticed.

How to Use – using the Wi-Fi Sense feature is easy, simply follow the following path:

There is much concern over the fact that Windows 10 doesn’t give users a choice over when or which updates get installed on your computer; what Microsoft sends must be installed, and as a result, could affect something on your computer, like drivers for instance.

Microsoft themselves actually started the cause for concern in this case because part of the agreement when installing Windows 10 states that the software periodically checks for updates, downloading and installing on your behalf. It also states updates may only be obtained through Microsoft or other authorized sources, and may require Microsoft to update the system to accommodate. By accepting the user updates, you agree to receive updates without further notice.

Automatic Updates – yes, Windows 10 updates are automatic, at least for those using Windows 10 Home edition, but for users running Windows 10 Pro, these updates can be deferred for as long as several months, giving the opportunity for any problematic updates to be fixed before they are installed. The only exception to this are security updates.

WIndows 10 Home Users – are able to work around automatic updates, even though they cannot defer updating. If you tell Windows 10 that you are using a metered connection it will allow you to defer updates, as long as the connection us a Wi-Fi network. This can be done by following this path:

After this is done you will be notified when an update is available, but can download and install it at your convenience. If an installed update is causing problems, it can easily be installed by selecting the uninstall option in your update history. Microsoft even has a free tool for checking to see if any updates are giving you issues.

With Windows 10, Microsoft went with a peer to peer platform to distribute updates more efficiently, which means that updates can be delivered from PC to PC rather than just a central server. Many industry enthusiasts have concerns that this feature will affect their network performance.

In actuality only your upload bandwidth can be effected by delivering thee updates, not your download bandwidth, and this technology is by no means new, many services and apps have been using a peer to peer platform for some time, including Spotify, BitTorrent, and Popcorn Time.

If the peer to peer feature is dissatisfactory to the user it can be turned off completely, or adjusted so that you can receive updates this way, but don’t deliver them.

The Benefits of Peer to Peer – peer to peer can actually be used to reduce internet bandwidth if it is set to be restricted just to your network, because it would only download on one computer within the network and the rest of the computers on the network would get the update from the first, rather than external servers, reducing your internet consumption.

Windows 10 default privacy settings have come under great scrutiny since the release. This is a result of default options created during the express install, as using those options Windows 10 sends your calendar and contact details to Microsoft, assigns you an advertising ID that can track you on the internet, tracks your location while using Windows apps and sends voice input and keystrokes directly to Microsoft. These features are obviously not a privacy lovers dream, hence the negative feedback.

Fact of the matter is these are default settings and can easily be customized by the user. Many of these concerning features are not unique to Microsoft, these things are fairly commonplace in mobile operating systems and with certain apps such as Siri, and the data is really only used to deliver customized services like local weather, nearby restaurants and things of this nature.

Everybody who uses a computer forgoes certain elements of their privacy in order to efficient and productive, and while it is true that that Windows 10 default settings do lean away from protecting your privacy they are easily altered to create a more secure environment.

Discover more about the latest concerns regarding Windows 10 – before you make the move to upgrade. Contact us at (604) 986-8170 or send us an email: info@compunet.ca.