Vancouver British Columbia is about to experience its largest technology boom in many years. Telus Corporation, a national telecommunications provider, has announced that they will soon be rolling out a one billion dollar fibre optic network. The network will include internet access, voice, video, live streaming, healthcare, and many other entertainment venues. The TELUS PureFibre […]

Vancouver British Columbia is about to experience its largest technology boom in many years. Telus Corporation, a national telecommunications provider, has announced that they will soon be rolling out a one billion dollar fibre optic network. The network will include internet access, voice, video, live streaming, healthcare, and many other entertainment venues. 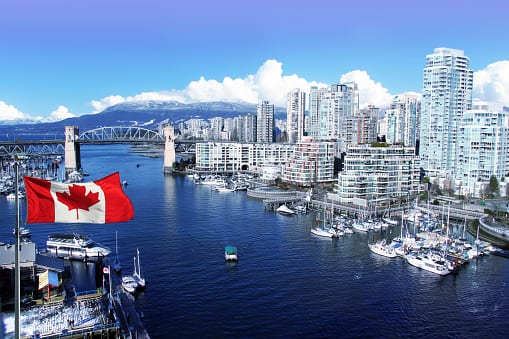 The company is well-known for its TELUS PureFibre network, an innovative internet technology that utilizes flexible strands of transparent glass thinner than a human hair. Using these new fibre optic strands will allow the company to transmit information as pulses of light, thereby carrying much larger amounts of data across the internet in just seconds. Telus is also known for its speed and reliability, along with amazingly fast upload and download speeds.

In an age where everyone spends much of their lives online, speed has become a major factor. From downloading videos to home entertainment, the future belongs to those who can provide crystal clear video calls, buffer-free streaming, and the ability to capture and share photos faster than ever before. Telus is on track to deliver that and more. In fact, Optik TV from Telus offers 4x the video resolution of ordinary HD.

Plans to roll out the one billion dollars Vancouver-wide fibre optic infrastructure were recently announced by the company’s CEO.

Telus CEO Darren Entwistle commented that “Once complete, our fibre build will have an unprecedented impact on our city, transforming the way we live, work, socialize and raise our families in the digital world.”

He was speaking to an audience that included well-known Canadian politicians. Vancouver Mayor Gregor Robertson, Technology Minister Amrik Virk, and Premier Christy Clark were in attendance, among others.

Details of the billion dollar roll-out

The details of the roll-out include a promise to deliver download speeds of one gigabit per second, though, in the initial release, download speeds will be around 150 megabits per second—still 30 Mbps more than their closest competitor.

In his announcement, CEO Darren Entwistle stated that the project was designed to “future proof Vancouver’s digital demands for decades to come.”

The project is slated to be phased out over the next five years. It will begin with Vancouver’s west side, an area that is home to many popular stores, restaurants, and other business establishments. Areas like this always demand better, faster internet services.

Many city leaders and respected business owners agree that this move will positively affect Vancouver’s economy for years to come. Other technology experts chimed in saying they believed the Telus fibre optic network would put Vancouver squarely on the map in terms of its advanced fibre infrastructure.

Having high-speed internet that addresses the future needs of citizens should make the Vancouver area much more attractive to tech companies of all sizes.

The spinning wheel of death

For years, both residents and business owners have complained about the “spinning wheel of death”, that wheel that all consumers get while trying to stream a movie on Netflix. With the new Telus fibre optic network, users can expect an end to this with faster download speeds and higher capacity streaming, even with high-definition movies.

In households where there is more than one device going simultaneously, the new fibre optic network should also put an end to slow internet speeds. Family members in several different rooms can watch movies, play games, and surf the internet, all at the same time without vying for bandwidth.

President of Telus’ broadband networks, Tony Geheran, explained that the new service would be rolled out, “neighbourhood by neighbourhood.” Telus has stated that their rates will not go up for top tier services, but that internet speeds across Vancouver will increase over the next 18 to 26 months.

Though there are other internet service providers in the Vancouver area, in the past these services have only provided area-specific or building-specific high-speed services. The new Telus fibre-optic installation will include the entire city covering businesses, residents, hospitals, factories, and others.

Telus has also announced that the company is addressing slow internet speeds in smaller city centres and rural areas. Last year, they announced a program to invest $60 million toward extending their fibre optic network to 90 percent of the residential areas of Kamloops.

It is estimated that only about 10 percent of all North Americans currently have access to a reliable fibre optic network. Many professionals believe that this is completely unacceptable in a day and time when so much business and entertainment is conducted online.

Vancouver is rated as number 20 in terms of technology for larger North American cities.  Entwistle believes the new fibre optic infrastructure will greatly improve their standing among other cities their size.

“With our Telus fibre investment, I believe Vancouver will soon be in the top 10 and thereafter, in the top five, such is the potential and competitive advantage our investment exudes for our city,” Entwistle said.

Though consumers are excited about the new changes in internet speeds, business owners are also expecting great things. As technology has increased across the globe, the world moves only as fast as local internet speeds will allow. Add to this, the significant expansion of the Internet of Things. In the future, fibre optic networks should be able to handle innovative new medical equipment, connected appliances, enterprise server networks, business requirements, home networks, and many other technology needs.