The Best Marketing Lessons U.S. Presidents Have Ever Taught Us

The Presidents have a lot of lessons to teach about PR and branding. Here are some of our favorite historical examples. U.S. Presidents have been managing their own brands long before the internet, or Twitter, or even the concept of marketing your brand existed. And dealing with the issues of an entire country can often […]

The Presidents have a lot of lessons to teach about PR and branding.

Here are some of our favorite historical examples. 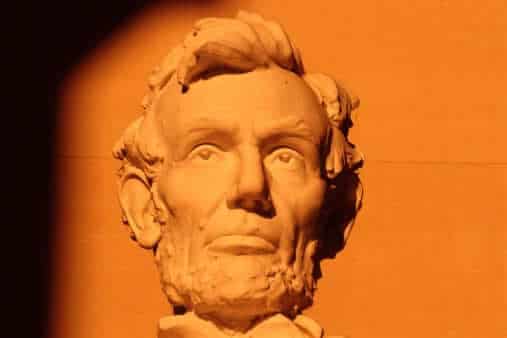 U.S. Presidents have been managing their own brands long before the internet, or Twitter, or even the concept of marketing your brand existed. And dealing with the issues of an entire country can often prove illuminating – so it’s no surprise that throughout American history, Presidents have had some smart things to say and prove about marketing.

We picked several of our favorite marketing lessons from past Presidents here: If you’re making important decisions about your marketing team or are just trying to improve your brand, try keeping these things in mind.

Thought Leadership is Often Your Most Powerful Weapon – Jefferson

Do you know how Thomas Jefferson became a founding father and eventually our third President? Like a number of Presidents, he started out as an average lawyer on a Virginian circuit. While Jefferson was a very intelligent man there was little to bring up to the attention of a soon-to-be-nation, and he didn’t have much involvement in broad political affairs. So what happened?

In 1774, Jefferson wrote what we might call a “whitepaper” on the “Summary View of the Rights of British America.” It was, to put it mildly, a big hit: The other founding fathers and people across the colonies found that Jefferson had articulated exactly what they were thinking and what was worrying them. Jefferson very soon found himself as one of the leading voices of the revolutionary movement and the rest is, well, our history.

The lesson here? Thought leadership works: It works so well, your brand needs to use it whenever possible. Publish expert research, push to get content onto respected magazines and message boards, and become a master of your industry. Earn the respect of your peers, and customers will turn to you when they need to make a purchase.

Talent on Your Team is More Important Than Your Ego – Lincoln

Lincoln is well known for his humility, but this was also an advantage when it came to his management style: He was famous for ignoring slights and insults to reach across the divide and find the most talented people for available positions. This team formed a backbone that allowed the country to survive through the Civil War, and Lincoln’s talent for turning foes into allies helped keep the nation together.

The lesson is clear: Marketing, more than most departments, is a talent-based environment. There are people who are really, really skilled at marketing positions – and you need to work with them. That’s true no matter what grievances you may have, or how worried you are that they may overshadow you. Your ego doesn’t belong in this strategy.

You Have to Drop Toxic Influences – Washington

Sure Washington is famed for his honesty in children’s tales, but in real life he has a more pointed message to teach: “It is better to be alone than in bad company,” he stated, a perspective that fueled his leadership in the Revolutionary War and defined the course he would set as President.

It’s a good lesson for PR too, and serves as a useful counterpoint for Lincoln’s humble example: Sometimes you really do have to let people go, especially if they are making the company look bad. It’s one of the worst things that can happen to your brand. This includes not only employees and company leaders, but also business partners that you are associated with.

Woodrow Wilson may not have been the most memorable President in history, but did have his moments – and that includes a really great quote that goes, “Absolute identity with one’s cause is the first and great condition of successful leadership.”

It sounds simple enough – but it has a whole lot of meaning for branding. How many times have we heard stories about bringing in a new PR guy or a new CEO that’s supposed to turn the company around just because that’s their specialty? But here’s the thing: If someone is going to be the face of the company, then they also need to be passionate about the company. That means being invested in what you are selling, knowledgeable about your history and what has made your company special, and genuinely excited about what they are talking about.

Your audience will always know the difference between professional marketing and true investment. You need Wilson’s “identity with one’s cause” to really be convincing. That’s why it’s sometimes better to promote from within the company for important PR positions and customer-facing messages – it’s good to have someone who really cares.

A Positive Message Has a Long Term Effect – FDR

Franklin Roosevelt was famous for many actions, but perhaps his most famous line is, “The only thing we have to fear is fear itself.” Obviously, that’s the sort of quote that PR people dream of, but it’s also a condensation of FDR’s general approach to governance and facing some truly terrible challenges: Keep your message positive. A positive message encourages more engagement and, in the long term, is far healthier for your company and brand. It can even get you through some really tough times.

Approachability Can Win You a Lot of Support – George W. Bush

George W. Bush won two terms using a surprisingly powerful tool: Likability. It made for a powerful marketing ability, and people across the country responded to someone that they “could sit down and have a beer with.” This is all the more impressive when considering how easy it would be to fall the other way – into being defined as part of a political Bush dynasty. But even among his detractors, few people thought that of George W. Bush.

While staying professional in branding is smart, it’s also very important to be inviting and approachable. Customers make a lot their decisions based on simple things like how easy it is walk through a door or start a conversation.

Say what you will about Trump’s social media presence, but his frequent tweets have a powerful advantage: Broadcasting ideas to see what gets results. Throughout Trump’s campaign and The Presidency we can see how he throws out a variety of different takes and ideas onto social media like Twitter, and then watches for those that seem to get the most response from the public.

From a marketing perspective, this is an excellent strategy. Social media zones like Twitter make great testing grounds for ideas, and those that receive the most social signals are probably good core ideas or phrases to use in your campaign.

While the Presidents may have good lessons to teach, chances are you have more specific questions about your strategy and how to reach current goals. Compunet InfoTech is here to help out Vancouver businesses like yours with a variety of services and solutions. Find out how we can work together by contacting us at info@compunet.ca or (604) 986-8170 .