The Game of 72: Facebook Inspires Teens to Terrify Parents by Intentionally Disappearing for 3 Days

Some Kids do stupid things. Sometimes! One example is the fainting game, which involves kids intentionally knocking themselves out by hyperventilating or having a friend choke them out because they mistakenly think it will get them high for a minute. The internet is especially troubling to parents… god forbid little Jimmy finds a .pdf of […]

Some Kids do stupid things. Sometimes! 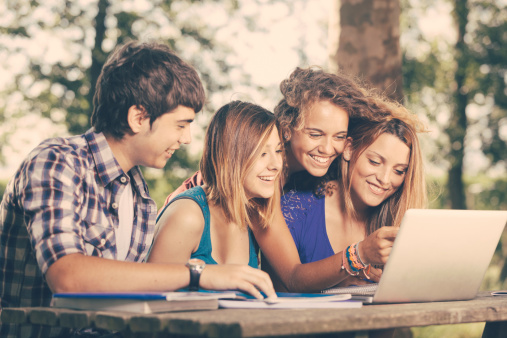 One example is the fainting game, which involves kids intentionally knocking themselves out by hyperventilating or having a friend choke them out because they mistakenly think it will get them high for a minute.

The internet is especially troubling to parents… god forbid little Jimmy finds a .pdf of the Anarchist’s Cookbook online and blows a couple fingers off after making a bomb out of fertilizer he found in the garage.

The most recent stupid kid trend is the Game of 72. This game, which became popular over Facebook, challenges participants to disappear for 3 days (72 hours, hence the name) without anyone knowing where they are or that they’re even playing a game. It’s a parent’s worst nightmare.

The game has been tied to the temporary disappearances of a 13-year-old girl known only to the public as “Emma” in France and 14-year-old Sammy Clarke and 15-year-old Siobhan Clarke in the UK.

A word to parents: banning Facebook isn’t going to work. Kids have been reckless since the Stone Age, so technology really isn’t the problem.  Thankfully, the most effective solution has also been around since way before social media. Pay attention to your kids. Talk to them. If you’re worried about the Game of 72 specifically, let them know.

“Let them know that you have heard of these games on social media and how foolish a game like this is,” recommends Constable Brian Montague of the Vancouver Police Department.

And a word to any kids who thinks this game sounds fun: we know your brain hasn’t fully developed yet, but that’s not an excuse for doing something as self-absorbed and downright dumb as playing the Game of 72. Also, playing this game can get you into some very real trouble with the law:

“We get about 10 [missing person] cases a day, so to add to the workload of our obviously very busy investigators, for cases that are a prank or a game, is something we don’t want to see,” said Montague. “When you force the police into an investigation you potentially could be charged criminally. That’s always a possibility.”

If you want to express your independence and contempt for authority, that’s fine. Every teenager does at some point. But just get a piercing or something. There’s no reason to make your parents think you’ve run off or been picked up by the next Ted Bundy or god knows what else.

Have questions about anything to do with technology or how people use technology?  Give us a call.