The IT Implications of Hijacked Texas Traffic Signs

In May of 2016, someone repeatedly hacked digital traffic information signs on a freeway under construction in North Dallas, Texas, infuriating TX DOT officials and entertaining motorists with such perplexing tidbits as: “Donald Trump is a shapeshifting lizard” and “Bernie Sanders for President”. The hacker-induced messages also included, “Party Hardy, Y’All” and “Work is Cancelled”. […]

In May of 2016, someone repeatedly hacked digital traffic information signs on a freeway under construction in North Dallas, Texas, infuriating TX DOT officials and entertaining motorists with such perplexing tidbits as: “Donald Trump is a shapeshifting lizard” and “Bernie Sanders for President”. The hacker-induced messages also included, “Party Hardy, Y’All” and “Work is Cancelled”. Whether they were politically-motivated or just someone having a laugh remains to be seen. But, Texas transportation officials aren’t laughing. As TX DOT spokesman Ryan LaFontaine pointed out, “This is actually a 3rd degree felony, so it’s a pretty big deal. We’re talking prison time.” 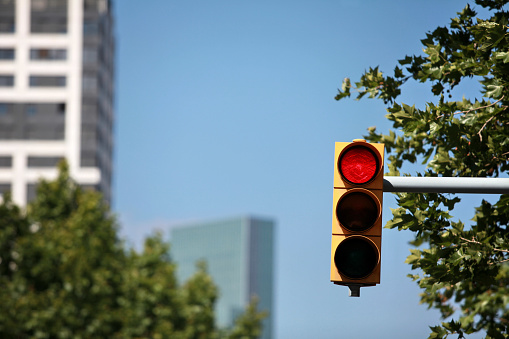 Perhaps hacking digital traffic signs in Texas isn’t the wisest of ideas, as entertaining as the messages are. Safety becomes an issue when rubber-necking motorists are distracted by the incendiary and provocative messages. Add to that the cost of people like Michael Zanella, the involved construction site project manager who had to come out two different times to fix the problem, and the ramifications quickly become apparent. LaFontaine’s comment underscores the gravity of tampering with IT equipment used for public safety and transportation projects. Texas has no shortage of traffic sign woes, and, like other U.S. States, is facing an outdated, aging traffic infrastructure that already requires millions – if not billions – to fund its upkeep and renovation.

All that said, a recent ruling by the 3rd District Court of Appeals says laws regulating road signs restrict free speech, ironically enough.  This, according to an AP report out of the Texas capital just this week, seems to contravene the punitive mindset of TX DOT officials who are quick to condemn the free speech hack of what is, ostensibly, public property. The appellate court ruling does highlight the regulation of “signs along highways and interstates” as being improper. If the hacker of the Dallas road signs was ever found and brought to trial, he may have a fair-to-middling’ case before the Texas Supreme Court in favor of having the right to use the traffic sign as a free speech billboard, despite the ruling having had mostly to do with political signs.

Signs of the Times

Whatever the case may be or how you may see it, one might applaud the temerity and ability of someone able to pull off the traffic sign hacks. The counterpoint to that would come from the strict law and order folks who are all for standard traffic sign messages as usual, un-tampered with, and a road-navigating public being distraction-free.