What Is a VPN, How Does It Work and Why Should I Use It?

Does it make you nervous when you consider how much of your personal information is essentially spread all over the internet? In spite of antivirus programs and firewalls, all data is somewhat at risk on the web. One of the most proven techniques to ensure your data is safe is to use a virtual private […]

Does it make you nervous when you consider how much of your personal information is essentially spread all over the internet? In spite of antivirus programs and firewalls, all data is somewhat at risk on the web. One of the most proven techniques to ensure your data is safe is to use a virtual private network (VPN), which will give you back control over how you’re identified online. With the constant news of data breaches, most of us are tired of hearing that our personal information was lost yet again by a large credit reporting agency or some retailer. 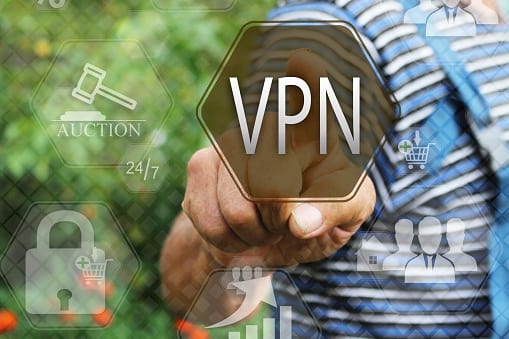 A VPN constructs a virtual encrypted tunnel that runs between you and a remote server controlled by a VPN service. All outside internet traffic is transmitted through this passageway, so your data is not spied upon as you put it out there on the internet. Also, your computer looks as if it has the IP address of the VPN server, so your identity is hidden.

When you put your data out to the VPN server, it exits back out to the public internet. If the site you’re visiting has HTTPS to keep the connection safe, you are still secure. But even if it was intercepted by a third party, it’s challenging for the outside party to trace the data back to you, since it appears to be coming from a VPN server.

Let’s look at an all too familiar scenario to understand the value of a VPN in your everyday life. When using a public Wi-Fi network at a popular spot, such as coffee shop or airport, you typically connect without giving it much thought. But unbeknownst to you, there may be people watching the traffic on that network. Can you be sure the Wi-Fi network that gave you quick access is secure, or could it be operated by a hacker who is after your personal data? While you are busy taking care of your business waiting on a plane or a meeting, your banking and credit card information, and all your private data could be delivered to the hacker on a silver platter.

It is extremely tough to tell whether or not a Wi-Fi network is what it appears to be. You could be at a coffee shop called Java Joe’s, and you link to a public Wi-Fi network that says JavaJoes. But that doesn’t mean the server you are on is really owned by that coffee shop. A hacker can put out their own server with similar wording to the coffee shop’s server, and sometimes it even has a better signal.

Now, if you connect to that same public Wi-Fi network using a VPN, you can be sure no thief will be able to steal your data. If there are hackers seeking for would-be victims, they can’t touch your computer.

VPN and the Government

We all would like to think that the government is on our side. Perhaps some of its agencies are only online snooping for terrorists and Wall Street insiders. Unfortunately, news of the Snowden leaks and Russian online infiltration have shown us that a government’s surveillance capability is massive in scope.

The NSA (National Security Agency) has the ability to intercept and explore almost every communication that is being sent out on the web. When using a VPN, you can have the peace of mind knowing that your encrypted information is less directly traceable back to you.

The Federal Communications Commission has recently turned back Obama-era rules that were made to protect net neutrality, and this opened the door for internet service providers (ISPs) to make money off your data. Now they are able to gather huge amounts of information about you, and then use it to tailor advertising. Often, these companies sell your data to other companies.

Your ISP is basically your gateway to the entirety of the internet. Most of us have limited home ISP choices, and some only have one ISP that provides wired internet access. Now that ISPs are allowed to sell data from consumers, it makes us easy targets. Do you ever wonder why your Google search for a product, and then that product shows up in advertisements on every page you go to for the next few days? Your ISP could be sharing your data and profiting off your personal searches.

The Unique Protection of a VPN

When the internet was first becoming popular, there wasn’t a demand for security or privacy. In the beginning, shared computers at research institutions made computing power very limited. The use of encryption would have made things extremely problematic.

Today, the average user has multiple devices connected to the web. It is up to individual users to protect themselves. Antivirus apps and password managers are a key factor in keeping you secure online, but a VPN is a uniquely powerful tool that will keep you safe in today’s connected world.