What The Sunset Of Windows 7 Means To Its Users

Windows 7 is being “put out to pasture” by Microsoft at the beginning of 2020.  Not all Windows 7 users are aware of precisely what this means and how it can affect their day-to-day business.  Because of impending issues, such as steadily degrading usability and increasing security vulnerabilities, Windows 7 users need to know what […]

Windows 7 is being “put out to pasture” by Microsoft at the beginning of 2020.  Not all Windows 7 users are aware of precisely what this means and how it can affect their day-to-day business.  Because of impending issues, such as steadily degrading usability and increasing security vulnerabilities, Windows 7 users need to know what to expect and what their options are.

Windows 7 was released in October of 2009.  Its purpose was to serve as an incremental upgrade to the not-so-well-received Windows Vista operating system. Windows 7 included some much-needed improvements to Windows Aero, the new user interface that Microsoft introduced with Vista, and with improved performance.  Users responded far more positively to Windows 7 than they did Vista, primarily because it addressed so many of Vista’s deficiencies.  The Windows 7 Service Pack 1 came out in 2011, and a platform update was released a few years later in 2013.

By 2014, however, Microsoft began preparations for the retirement of Windows 7 as they began stopping its retail sales.  Next, mainstream support for the operating system came to a halt.  In 2016, PCs were no longer shipped with Windows 7 pre-installed.  Microsoft then announced that on January 14, 2020, extended support for Windows 7 would end.  That was the official sunset announcement.

Sunset begins with Microsoft no longer offering extended support for Windows 7.  It also means no more security updates, bug fixes, or service packs.  That, in turn, means the usability, security, and performance of Windows 7 will begin to degrade with time.  On the surface, applications and the operating system will generally perform all right, but there will always be exceptions.  Over time, however, there will be a definite trend toward more issues, steadily poorer performance, and serious security vulnerabilities.

Why This Important to Windows 7 Users
Here is what a Windows 7 user can expect to see after sunset begins:

Also, incompatibility can quickly become a problem for companies whose customers or partners need them to use or interface with software that simply will not run correctly on Windows 7.  Running a sunset operating system can also cause problems when attempts are made to add devices or install new software.

The most serious issues with sunsetting are those involving security.  Hackers will know that Windows 7 has become vulnerable and will seek out ways to exploit those weaknesses.  This leaves a system susceptible to malware, ransomware, and viruses.  The probability of suffering from an attack that renders your computers unusable will continue to increase with time. 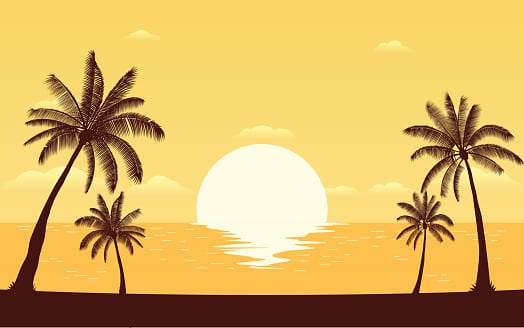 If you are running Windows 7, then now is the time to start migrating to a new operating system.  The most straightforward upgrade path would be Windows 10, which still has some of the look and feel of Windows 7 with a plethora of new features and even better usability.

The other option for most businesses is switching to Mac OS.  This means an entirely new work environment for traditional Microsoft users. This option can involve a steep learning curve.  While some Microsoft packages, such as Office, are available for Mac OS, they work a bit differently and it will take some time for new users to become proficient. Macs can also be more expensive than a Windows-based computer system, but have a reputation for being more reliable.

Unless a business is heavily involved in video production or graphic design, Windows 10 is probably the best option.

Getting Ready to Migrate

Before migrating, perform an inventory of software and group each application into one of three groups: unwanted, optional, or required.  Some software may require an upgrade to run on a newer operating system.  Next, prepare a similar inventory of hardware.  As with the software, some hardware may need to be updated or replaced to remain compatible with the new operating system. Also, check the requirements of the replacement operating system, paying special attention to available hard drive space, physical memory, and processor or CPU needs.

Please note that if a machine is already getting a bit outdated (e.g., 7 or more years old), it might make sense to purchase a new machine with Windows 10 pre-installed. The Trump tariffs will cause an increase in the price of computers, scanners, printers, servers and even their components. So now is definitely the best time to buy!

With the sunset of Windows 7 impending, now is the time to start the process of migrating to a new operating system, whether it be Windows 10 or Mac OS.  Failure to upgrade will not only lead to issues with compatibility and performance, but will involve serious security risks.