Why Pokemon Go Should Be a No Go

Did you ever think that a legitimate game app could endanger your security? Naysayers have not yet heard of the most popular game ever downloaded in United States history. The game is Pokémon Go. This is a game meant to be played on your smartphone; it melds virtual technology with the real world. It’s a […] 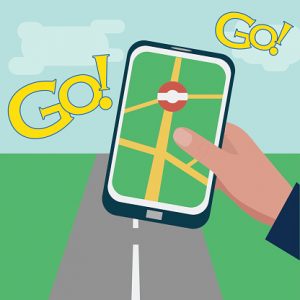 Did you ever think that a legitimate game app could endanger your security? Naysayers have not yet heard of the most popular game ever downloaded in United States history. The game is Pokémon Go.

This is a game meant to be played on your smartphone; it melds virtual technology with the real world. It’s a free download, but, people in the IT field have serious reservations about this free app and your or your company’s security. It seems as if you give up a lot when you download Pokémon Go and are a Google user.

A Quick Description of the Game

Pokémon Go is manufactured by Niantic Inc. It is the latest iteration of the Pokémon franchise which has been around for over 30 years.

The most important feature of Pokémon Go is that you still train Pokémon characters but instead of doing so in a virtual world, you do so in the real world. As a player, you meander outside until you come across a Pokémon. The game knows where you are through your GPS which it receives as data from your smartphone. When you get an alert that there is a Pokémon nearby you catch it by hurling a Poké ball at it – hit it and the Pokémon is yours. You can see the character through your smartphone camera viewfinder which overlays it on the real world. The game is considered an augmented reality game.

And this is where the problems start.

Manage IT Service Providers to the Rescue

The trend for businesses has been to utilize a method of accessing data and software known as BYOD, an acronym meaning Bring Your Own Device. It is likely that sooner rather than later, hackers will use employee devices with Pokémon Go loaded on a smartphone as a way to infiltrate company data storage and software. When this occurs, your business will suffer from claims from customers and others for identity theft. Trade secrets can be at risk as well as customer lists. You may even be a target for ransomware and either lose access to your data or pay a large sum to get it back.

Most reputable managed IT services have tools to deal with these attacks known as mobile device management solutions. Already many companies have banned the game from any device that can access its data systems and software. The best way to avoid your privacy or your company’s computer system from being at risk is to not download the game.

Compunet InfoTech is the trusted choice when it comes to staying ahead of the latest information technology tips, tricks, and news. Contact us at (604) 986-8170 or send us an email at info@compunet.ca for more information.